BEASY Corrosion V10R15.1 provides a great number of new and advanced features that will enable engineers to improve CP system performance and provide deeper design insight. The new release not only incorporates improvements and enhancements to the core BEASY Corrosion & CP software but also to BEASY GiD and the BEASY ICCP Optimisation tools.

This new menu provides the user with a set of tools to help in Ship Building, Jacket Offshore Structures and Pipeline
applications. 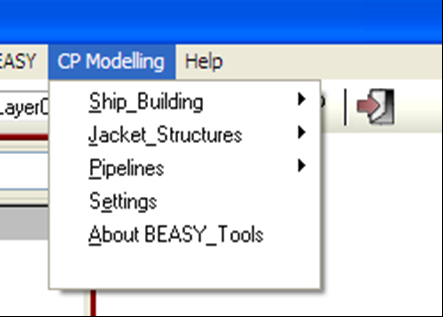 For Ship Building the new tools available allow the incorporation of anodes at specific locations on the hull orientated perpendicular to the ship hull and to include cuttings of any particular shape where dielectric shields with ICCP anodes or any other material on the ship hull can be defined.

For Jacket Structures the new tools include importing the jacket 3D geometry from an ASCII and IGES files. Visualising the 3D members in 3D (not as lines only). Trimming of the structural members to avoid intersections and yet preserve the surface areas. Cutting and removing the structural members above the sea surface. Organise members into different layers using the Diameter or a name given to a set of members.

For Pipelines the new tools facilitate the insertion of bracelet anodes along a pipeline.

The contour display list of results has been improved to simplify the interpretation and identification of the materials and location. Results are displayed in layers which are labelled with the group name and the label used for the polarisation curve applied appears in brackets. This simplifies the selection of layers to visualise the desired results making easier the turning on/off of one particular layer, to visualise results on one particular group or material.

New Tools Have Been Added To The CP Desktop 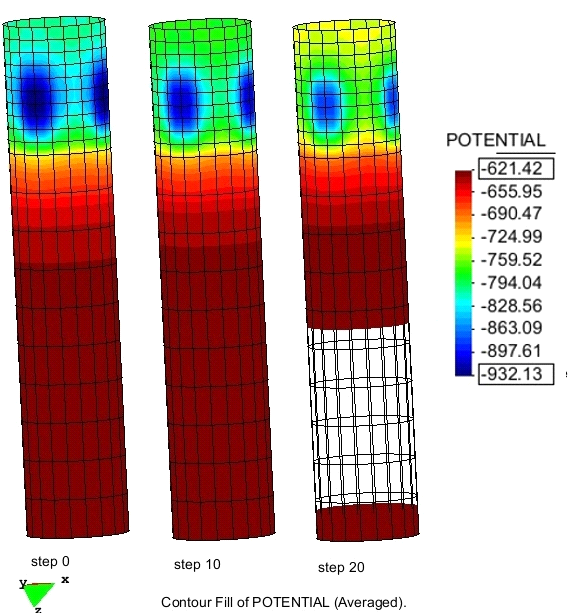 The CP Desktop provides convenient access to the following tools:

The Offshore Tools provide facilities to automate many of the tasks required for modelling of geometries with cylindrical members, like the structural elements in jacket type offshore structures.

They also provide the capability to manage the process of launching time stepping runs to simulate the impact of anode consumption, degradation of coatings, build-up of calcareous deposits and changes in polarisation due to water flow rate. When modelling anode consumption the mass loss rate over time is calculated with time and used to change the anode size during the time stepping process.

This OFF Potential Tool calculates off potentials at given observation points, based on the polarisation that the structure had when the CP system was turned off. This is particularly useful for pipelines and other underground structures where the OFF potential measured at a location can be predicted.

The user interface for the electrical circuit tool has been enhanced both in terms of appearance and functionality. The circuit panel now allows automatic connections to be generated along section of pipelines or any component sharing connection points for example.

It is also now possible to introduce independent circuits in the model, for example one consisting of three disconnected circuits. This feature allows the solution of cases with interference and stray currents occurring between different components or CP systems and can also be used with models consisting of multiple zones.

The overall robustness of the multi-layer modelling capability has been improved and zones can now be embedded in a multilayer zone. The multi-layer facility in BEASY provides a simple way to represent layers of electrolyte with different resistivity without the need to define elements on the interface between the layers. This is particularly useful for onshore applications to represent the soil profile characteristics. 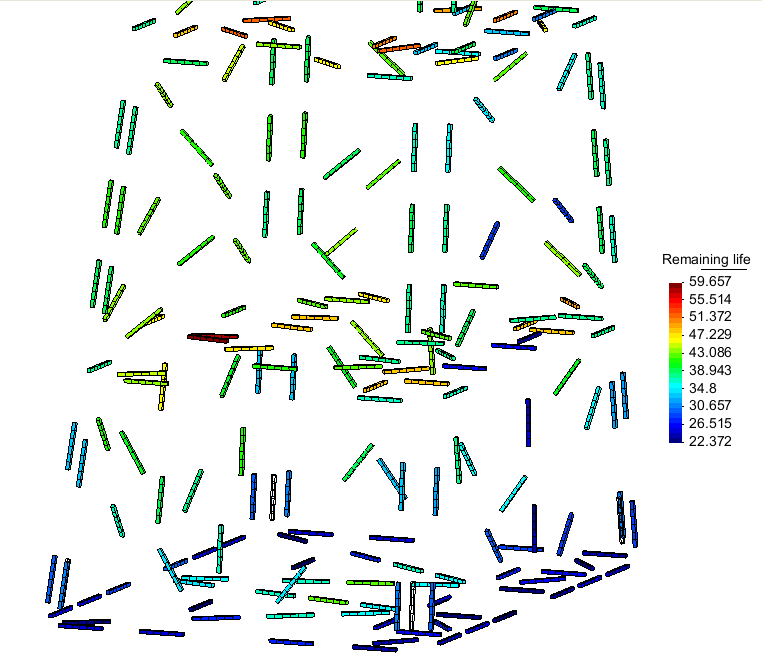 It is now possible to define a group which simplifies the specification of anode properties of a group of anodes of
similar type.

If the shape type is specified then the software will simulate the change in shape of the anode during a time step, using the predicted anode mass loss rate. This feature can be applied for cylindrical or prismatic profile anodes with rectangular cross section.

Sacrificial anode data (utilisation factor, original mass, initial consumption factor) and the properties of the anode material can be specified in the CP Wizard.

In BEASY GiD  the predictions for the sacrificial anodes can now be visualised including the: 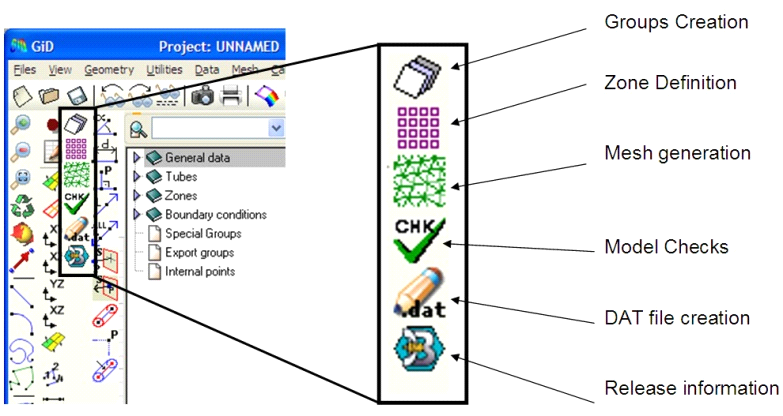 A new function has been added to the toolbar that checks the model definition ot groups and zones before saving a data file.

A set of geometrical operations that makes model creation easier and faster is now available.  Functions are available to extend lines from one end point in the line direction, to create a line normal to a surface at a point, to create a cylinder from a centre line, and so on.

A new menu has been introduced allowing the automatic creation of BEASY groups from layers. This not only makes the model creation faster and easier, but also avoids the possible introduction of user errors when selecting entities to assign to groups.

New sets of tutorials have been added both covering material available in the previous releases and addressing the new features. Contents have been re-organised to facilitate navigation through the documentation system and a search engine is now available.

It is now possible to run the optimisation tool to predict coating damage in a structure such as the hull of a ship based on measurements of potentials. The possible optimisations which can be performed are summarised in the table below.

To learn more about BEASY V10R15.1 and direct questions to BEASY product development experts contact This email address is being protected from spambots. You need JavaScript enabled to view it.